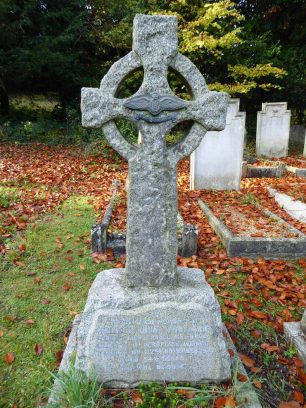 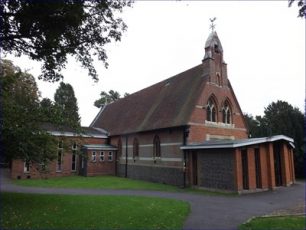 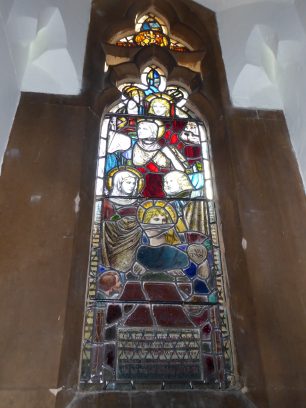 There’s a small church to the east of Kenley aerodrome in the village of Whyteleafe – St Luke’s. A quintessential English parish church, its connection with RAF Kenley is a sad but nonetheless proud one, for its beautiful graveyard is home to a spot called “Airmen’s Corner”.

Here lie the bodies of 37 air crew from WWII. And, as a grim reminder that in its early days flying was inherently dangerous, there are also the graves of 18 young pilots who, in training for war, lost their lives in flying accidents at and around RAF Kenley in the 1920s and 30s.

The earliest grave is that of Pilot Officer Matthew Hayte of No 24 Squadron who, as inscribed on his headstone, “Fell at Kenley 24 October 1922 aged 21 years”.

The final resting places of six RAF ground crew who died in the ‘Hardest Day’ bombing on 18 August 1940 are fittingly grouped together, as are those of five New Zealand and three Australian WWII pilots buried 12,000 miles from their homes.

British, Canadian, Polish and Czechoslovakian WWII pilots also lie in Airmen’s Corner showing just how wide the Allied cause was, even in the early days of the war.

Each grave tells a story.

Flight Lieutenant Felix Woollard of No 24 Squadron was killed in a flying accident aged 34 on 22 November 1926. The entry in the squadron’s Operations Record Book 1 reads:

“The Squadron sustained a very great loss on this day. At about 1330 hours F/Lt Woollard took F/O Collison up in DH9A 7310 for final practice and air experience before the latter carried his first passenger in this type of aircraft.  The flight had continued for about one hour when F/Lt Woollard in taking off stalled and crashed behind the Vimy hangers.  F/Lt Woollard was killed instantaneously and F/O Collison died of injuries shortly after admission to the Purley War Memorial Hospital.  Both pilot and passenger were terribly burned and mutilated.  The Squadron was affected very deeply by the loss of two gallant officers.”

Sergeant Harry Grove joined the RAF in May 1936. He was posted to No 501 Squadron at Kenley on 29th September and although surviving the Battle of Britain, he was shot down and killed shortly afterwards in an action near Sevenoaks on 8 November 1940: his Hurricane V6805 crashed and burned out at Pound Farm, Blackham in Kent.  Harry Grove was 29. 2

Sergeant David Ernest Hughes an air gunner from New Zealand had arrived in England on 21 July 1940. Joining No 600 Squadron at Redhill on 21 September 1940 he was a member of the crew of Blenheim L4905 which crashed in heavy rain at Forest Row, Sussex in the early hours of 3 October 1940 after an engagement with enemy aircraft.  All three crew members were killed. 2

The appearance of the gravestones varies. Those who died in WWII have the uniform headstone of the Commonwealth War Graves Commission made of Portland Stone which was earlier used to build Buckingham Palace and St Paul’s Cathedral.  The interwar graves are individual designs no doubt selected by the next of kin of the dead airmen.

St Luke’s Church itself has its own story to tell. It was the first church in England to be damaged by ‘enemy action’.  On the 18 August 1940 bombing of Kenley aerodrome, a bomb landed between the church and the hill behind it blowing out all the glass from the north wall windows and damaging the buttress at the north-eastern corner.  It left a large crater, long filled in, which remains barren and in very dry weather the outline can still be seen.

Fragments of old stained glass were collected and form a special window recalling the event.

Inside St Luke’s a Roll of Honour records the names of the pilots who fought from RAF Kenley during the Battle of Britain between 10 July and 31 October 1940. It is a sobering reminder of the cost of the young lives that were sacrificed then and later in the war.