You are here: Home>Archive>Photographs>Winston Churchill's visit to No.615 squadron, Auxiliary Air Force, in 1939.

Winston Churchill's visit to No.615 squadron, Auxiliary Air Force, in 1939. 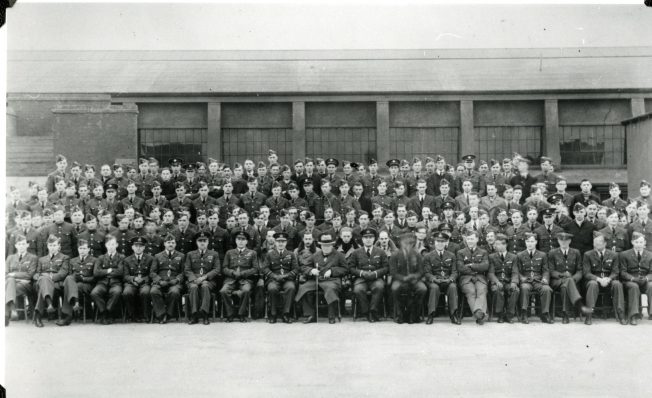 We have very little information about this photo, but the Sutton Archive caption would suggest that it was taken at Kenley in 1939.

On the 4th April, 1939, Winston Churchill was made Honorary Air Commodore of No. 615 (County of Surrey) Squadron, Auxiliary Air Force, at the suggestion of Squadron Leader Arthur Vere Harvey. They became known as “Churchill’s Own.” He retained the appointment until the 11th March 1957, when 615 squadron was disbanded, though he did continue to hold the rank of Honorary Air Commodore.

This photo was probably taken during Churchill’s visit to Kenley on 16th April, 1939. His visit features in a British Movietone newsreel, which you can see here.

Archive caption reads, "From the album lent by Mr. Penfold."