You are here: Home>Keywords>Battle of Britain>Sergeant Pilot Peter Sydney Hawke - No.64 Squadron 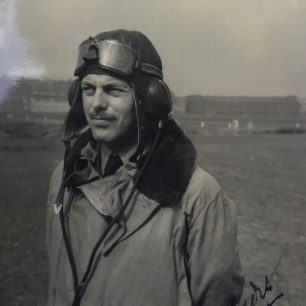 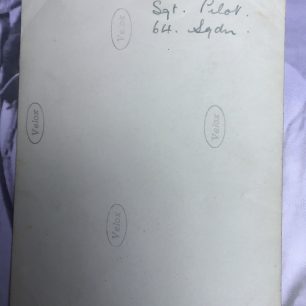 This photograph is from the collection of Flight Sergeant “Pat” Glover, who was stationed at RAF Kenley during the Battle of Britain, when Peter served there with No.64 Squadron, flying Spitfires.

Peter Sydney Hawke was born in Reading, Berkshire, on 13th August, 1918. His Mother’s maiden name was Pratt. Peter joined the RAF Volunteer Reserve in November 1938 as an Airman u/t pilot and trained at weekends with No.8 Elementary and Reserve Flying Training School, Woodley.

Called to full time service at the outbreak of war, he went to No.4 Initual Training Wing, Bexhill, on 22nd November, 1939, and then No.10 Flying Training School, Ternhill, in February, 1940.

On 6th July, Peter was sent to No.5 Operational Training Unit, Aston Down, to convert to Spitfires and joined his first squadron, No.64, at RAF Kenley three weeks later. During the Battle of Britain, he damaged a Messerschmitt Bf109 on 8th August, 1940, probably destroyed a Dornier Do.17 on 12th, and claimed a Heinkel He111 on 18th, “The Hardest Day.”

No.64 Squadron moved to RAF Leconfield on 19th August, and Hawke appears to have left the squadron towards the end of September. In November he went on an Instructor’s Course at Central Flying School, Upavon, and then returned to No.8 EFTS at Woodley, where he served as an instructor for a year. After that, Peter was posted to No.6 Flying Instructor’s School at Staverton.

Peter was commissioned in June 1942, and served at No.2 Elementary Flying Training School, Worcester from 22nd July, and then No.29 EFTS, Clyffe Pypard, in September.

Hawke was awarded the Air Force Cross in January 1946, and was released from the RAF as a Flight Lieutenant. In 1947, he married Marjorie Joyce (Lewington or Tozer) in Newbury, where the couple settled. Marjorie died in 1983, and Peter followed her on 12th May, 1988, in Newton Abbot, Devon, aged 69.