You are here: Home>Keywords>Canadian/Canada>Sergeant Houghton of 416 and 403 squadron RCAF

Sergeant Houghton of 416 and 403 squadron RCAF 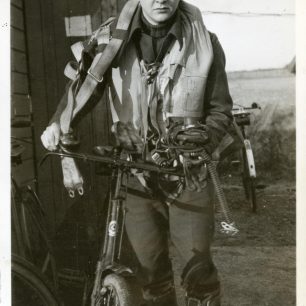 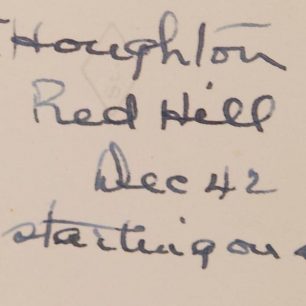 The reverse of the photo.
F/Lt.Edward Thorne

This photograph was taken by F/Lt. Edward “Doc” Thorne, Medical Officer, in December 1942, at RAF Redhill.

Sgt. Norman Houghton served at RAF Kenley with 416 Squadron RCAF, but transferred to 403 Squadron, (who were also stationed at Kenley),  on 18th May.

Many thanks to Stephen J. Thorne for permission to use this photo.