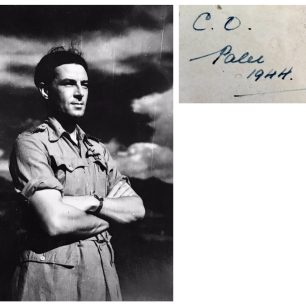 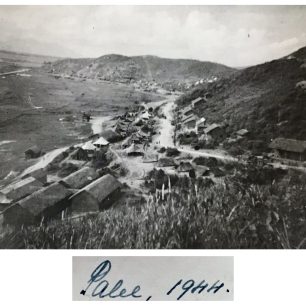 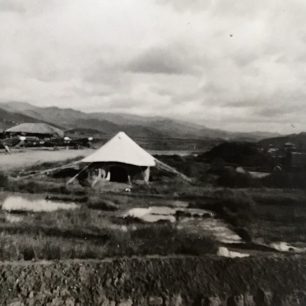 We are grateful to Allan Tyrrell for these photos from the collection of his Father, Walter James “Bill” Tyrrell, one of 615 Squadron’s riggers.

During their time at Palel, from 23rd May until 10th August, 1944,  615 took part in the air battles over the famous siege of the Imphal Valley. They claimed their final victories of WW2 on 17th June, 1944, during combat with Ki-43 fighters.

looked enticing with the kites parked on a flat plain below our hillside bashas – but the hills were infested with Japanese who did nasty things to us with artillery, mainly 75mm and 105mm shells.On one occasion a Japanese raiding party destroyed nine aircraft belonging to 113 and 152 Squadron, parked at the south end of the airstrip. Luckily, 615 were based at the northern end.

When the Japanese assaults on Kohima and Imphal failed, Allied forces were able to begin the push south towards Rangoon. The war in Burma was all but over and 615 moved back to Baigachi, near Calcutta, for a well-deserved rest.

At the time, 615’s commander was Dave McCormack DFC and Bar. He led his Squadron of 16 Spitfires out of Palel for the last time on the morning of 10th August, 1944. Although the weather was good as they left Palel, a huge cumulus monsoon cloud confronted them as they approached Calcutta. As they skirted around it, they entered some thin cloud and found themselves at the heart of a dangerous storm. S/Ldr. McCormack,  F/O W. S. Bond, P/O M. Paine and W/O A. Chapple were all killed. W/O C. M. G. Watson crash landed and sustained slight injuries while Flying Officers Costain, Fahy and Armstrong baled out successfully though they all suffered leg injuries.

A fund was set up to preserve the memory of S/Ldr. McCormack which paid for a stained-glass window in his hometown church at Seddan, Victoria.
Source:
615 Squadron compiled by Norman L. R. Franks