You are here: Home>Keywords>Canadian/Canada>403 and 421 Squadron, RCAF 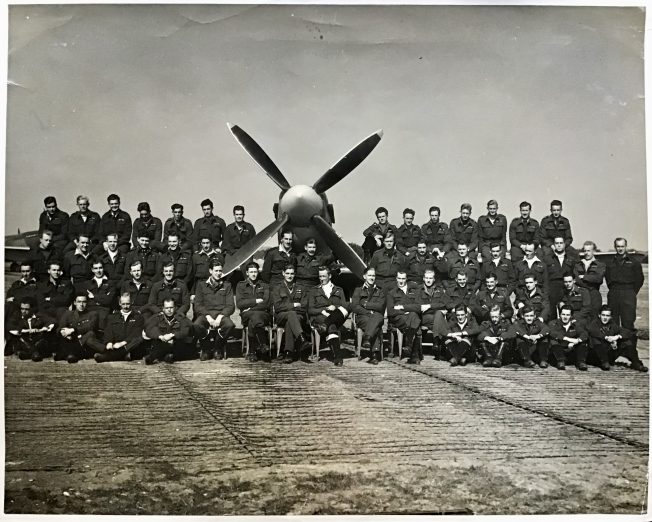 We are indebted to Richard and Angie Batson for this photo of 403 and 421 Squadron, RCAF, which was found among the possessions of Nancy Downey (nee Spinks) who sadly passed away in 2022, aged 90. Her family lived in Coulsdon and she was an avid collector of local ephemera but how the photo came into her possession remains a mystery.

It seems likely that it was taken at Headcorn or Lashenden between 27th August, 1943 and 3rd September, during S/Ldr. Frank Edward “Bitsy” Grant’s brief time commanding 403 Squadron, before he was killed in action on 4th September.

403 Squadron are on the left side of the photograph and 421 are on the right.

Caption information deduced from “Spitfire, The Canadians II” by Robert Bracken and the Flying For Your Life website (see link below) which both contain photographs from the same series.

Flying For Your Life