You are here: Home>About>Blog>Interviewing Stan Ford: Ground crew at RAF Kenley on the Hardest Day 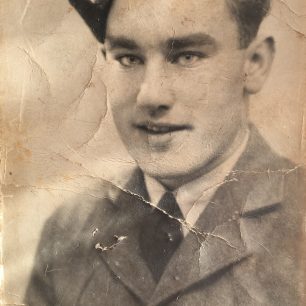 Stan in RAF uniform
with permission from Stan Ford 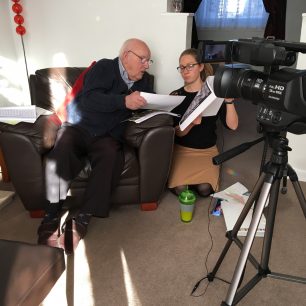 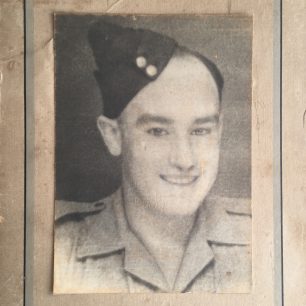 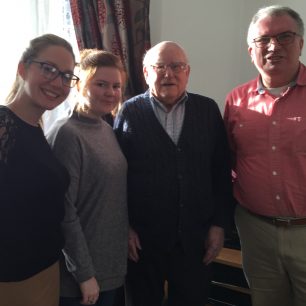 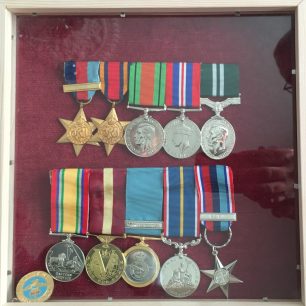 It was a privilege to spend time interviewing Stan Ford last week.  Stan was a fitter for 615 Squadron, and was at RAF Kenley on the 18th August when the airfield was heavily bombed.  He told us about that day, but also day-to-day life at RAF Kenley, his training before the war, and his many friends – some who survived the war and some who did not.

As work continues on the blast pens at Kenley – it was interesting to hear his description of how aircraft were prepared and made ready for take-off.  He said his Hurricanes were normally parked on the grass airfield, pointing in the right direction to take off when the orders to scramble came through.  The fitter (Stan) would be in the cockpit, ready to start the engine, seated on the pilot’s parachute. After starting the engine, Stan would hop out and the pilot would jump in, buckle up the parachutes and harness then take off as quickly as possible.  This reduced the time it took to scramble the aircraft. According to Stan, the blast pens where used mainly for testing. This was just one of the many interesting stories about Stan’s time at Kenley and elsewhere during WW2.

We spent nearly two hours recording his experiences, this will provide a wealth of information on the Kenley site and life at Kenley during the Battle of Britain.  My thanks to Stan and his family for inviting us to visit him at home in Margate.

I would also like to thank Coral (our Kenley Common Ranger) and Josie (our Kenley Revival project apprentice) for doing the filming and sound recording and part of the interview – words by Anthony Kesterton (Oral history volunteer).