You are here: Home>About>Blog>Digging into the Past: A Vintage Poster with Local Roots - Croydon Citizen Article

Digging into the Past: A Vintage Poster with Local Roots - Croydon Citizen Article 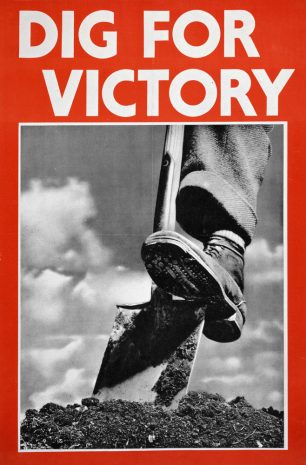 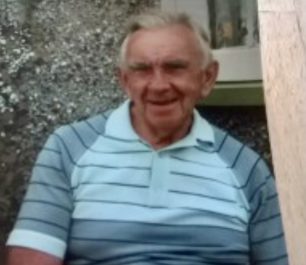 Well-known classic designs such as ‘Dig For Victory’, ‘Loose Lips Sink Ships’ and ‘The Walls Have Ears’ all featured.
Much fun was had by all – and some good new examples of posters were created by those who attended. What was most interesting, though, was what happened a few days later.

After posting some of the newly created images and some of the vintage ones on Facebook, I received a message from a page follower who was interested in obtaining a ‘Dig For Victory’ vintage poster. I was able to supply a link to the relevant website that the Kenley team had used to purchase theirs. The reason for this person’s interest in the ‘Dig for Victory’ poster was that the limb and foot in the poster belonged to her grandfather! Seeing the Facebook post had piqued their interest in obtaining one. What a coincidence…

The gentleman modelling for the poster was Leslie George Mitchell of Morden, and he has a very proud Addiscombe-based daughter and granddaughter who have supplied an image of him and some other
background information about his life.

Leslie was a commercial artist, who produced work for fashion and cosmetics designer Mary Quant and numerous other companies. As a child, he modelled for many different advertisers and publications, most notably products for Pears, the famous soap company. He was working in the building where the ‘Dig For Victory’ poster was being created, and was asked if he would model for the iconic boot-and-spade combination that has become so familiar as a defiant stand in wartime.

The ‘Dig For Victory’ campaign was set up by the Ministry of Agriculture during World War Two to encourage people to grow their own food during a prolonged period of rationing. There was no way of knowing how long food shortages would continue for. So all over the UK, any open and usable space, be it a private garden or a public park, was transformed into an allotment. The poster was part of a massive propaganda campaign to make sure that people grew enough to eat and survive, and that morale was maintained because the population could, in essence, feed itself.

The image still has relevance today for me, as I’m very much part of the grow-your-own culture, and fully appreciate the time and resources that go into food production. In the very early days of citizen journalism, I used the slogan for a close-to-home article I wrote for The Croydon Citizen back in 2013. The victory for me is to achieve this, as there are multiple positive aspects for our borough if we did.